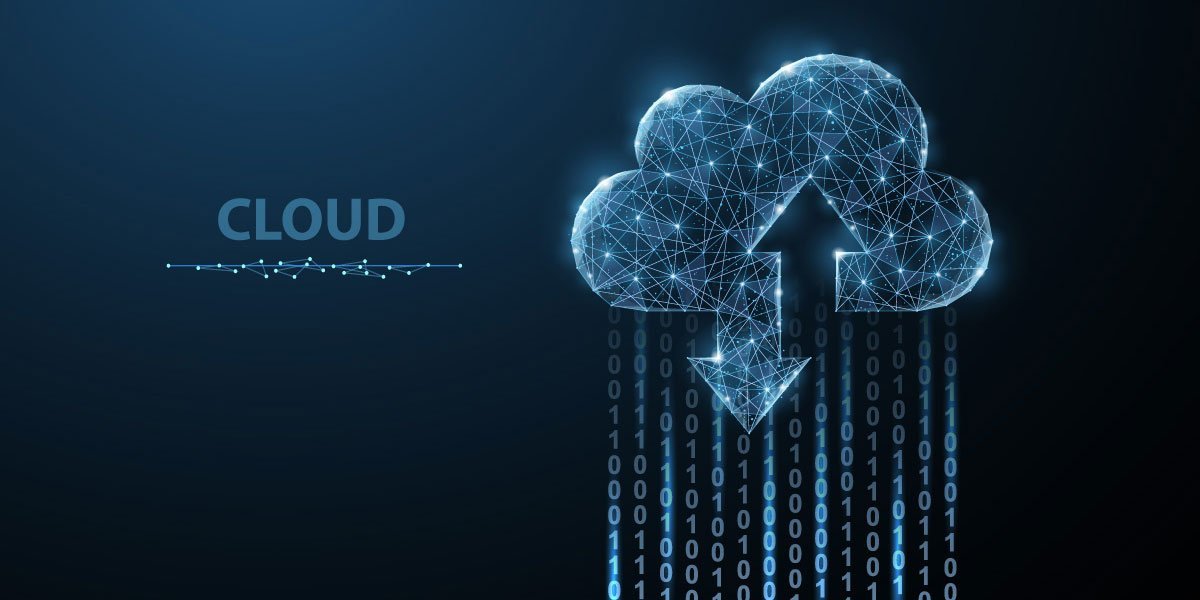 “Using a highly virtualised infrastructure, cloud storage offers scalable storage resources to enterprises. Such resources can be provisioned either dynamically or in a pre-defined way. The provisioning method will depend on the needs of the organization.”

The demand for cloud storage is skyrocketing, and not so surprisingly, the demand is driven by enterprises that need more and elastic storage capacity to store the ever-growing data. While it is definitely an option for such enterprises to throw in more boxes to their existing IT infrastructure, continuously adding extra storage brings two big problems.

The first problem is that of management. IT departments struggle to manage their ever-growing data center. The second problem is the increasing cost! Managing and maintaining data centers invite extreme costs, and that is not a cost-efficient approach for businesses.

So, it is not at all surprising that enterprises are turning towards cloud storage to supplement their existing IT infrastructure without the pain of extra management costs and resources. This allows for budgetary flexibility and savings over the long term.

What is cloud storage, exactly?

Cloud storage is a remote platform. It uses a multi-tenant and virtualised infrastructure for providing scalable storage resources to enterprises. Such resources are provisioned using either of the two methods.

First, there is a pre-defined approach in which a company buys a certain storage limit and pays for its irrespective of whether the storage is used or not.

Second, the storage space is provisioned dynamically, depending on the needs of the enterprise. In this model, the company pays for only what they use.

So, companies need to either keep adding storage servers or find an alternative. The alternative is cloud storage that allows:

The core attributes of cloud storage

What it means that the data stored on a cloud storage server is replicated across multiple servers in multiple locations. Replication or duplication of the data on multiple servers ensures that a different server with the same data can ensure business continuity in the events like server failure or natural disaster.

This is not possible if enterprises want to maintain their in-house data center. They need to invest heavily in creating alternative data centers in different geographic locations. That’s not cost-effective for businesses.

In case you are wondering how resource provisioning happens, there is a very simple method of doing that – the web interface! The cloud storage providers have pre-designed web interfaces from where provisioning takes place with a few clicks.

Is cloud storage for businesses only?

No! Cloud storage is available for both business and individual usage. In more technical terms, cloud storage companies operate in both B2B and B2C environments.

This explains why the cloud storage plans for businesses often offer more storage space compared to plans designed for individuals. They are also often more expensive because of the extra features available only to the businesses.

The difference between the two is that cloud storage is meant for storing data and readily accessing it for business needs, while cloud backup is designed for restoring the data in the event of a catastrophic loss of the source (in the case of individuals, it is the computer or the phone they use).

Cloud backup will automatically sync every file and folder you place in the sync folder. The process keeps happening in the background. On the contrary, cloud storage will require you to manually upload every data you want to store offsite.

How does cloud storage work? 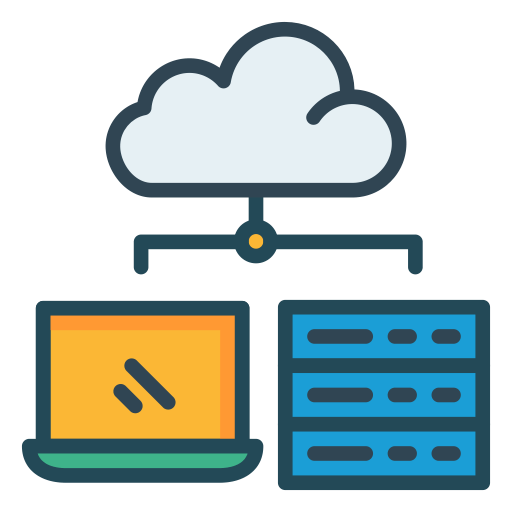 For cloud storage to work, there has to be at least one data server. A user will connect to that server over the Internet and send files to the server either in an automated fashion or manually.

This replication of the data is necessary. There may be times with a server goes down for maintenance, or it may fail for some reason. When that happens, the remaining servers ensure the continued availability of the data.

Usually, the servers in which the data is replicated as a backup plan for fault tolerance or disaster recovery are physical servers located in different geographic regions known as the availability zones.

The server where the data is first sent is usually the one closest to the company. The remaining availability zones are not close. Some of them may be halfway around the globe.

The primary server (the server where the data was first sent) is always closer to the company because data upload and download are usually faster. Since the data needs to travel a smaller distance, the cost of data upload and egress drops considerably.

If the primary server is halfway around the globe, the data needs to travel longer distances, thereby increasing the cost of data upload and download.

As more and more companies are using cloud storage, the number of cloud service providers keeps increasing every day.

The provisioning of cloud storage can take place in one of the following three ways:

Personal cloud storage is actually a personal cloud drive. It is enabled by a network-attached device. The device allows users to store data. Users can store data like graphics, text, video, photos, and music.

It is a service given by a third party. Popular public cloud storages are Amazon AWS Cloud Storage, Google Cloud Storage, and Microsoft Azure Cloud Storage. Companies build, managed, and own the infrastructure, and users can just store data.

It uses on-premises storage servers to store the data. These servers are controlled by the companies that own them. Similar to public cloud storage, private cloud storage takes advantage of virtual machines.

Organizations that prefer flexibility and scalability of cloud storage and want their data to remain private choose this option.

It is a type of cloud storage that combines public and private cloud and data centers. This type of storage will combine the resources owned and managed by companies, along with third-party-managed public cloud services.

There are some key differences between the public cloud and the private cloud. Here is the list of differences:

Resiliency is by far the biggest advantage of the public cloud. In the public cloud, the data is replicated on multiple servers. This ensures that in the event of natural disasters or server breakdowns, data will still remain available.

In a private cloud, data is stored in only one location. This means that if the server breaks down or if a natural disaster destroys the server, all data will be lost.

In a private cloud, all resources of a server are available to a single company. In the case of a public cloud, the resources are used by many users.

You can upgrade the storage plan in the public cloud and get more storage space, if necessary. In a private cloud, that is not a possibility. The storage space is limited to the amount of space available on the server. If more space is required, a new server has to be purchased.

In the private cloud, the enterprise or the company remains in complete control of the server and its data. In the case of the public cloud, the third-party provider is the one who is in control of the servers. The ownership of the data is somewhat debatable. Unless the data has end-to-end encryption (or zero-knowledge encryption), the third-party provider can actually read and access the data. 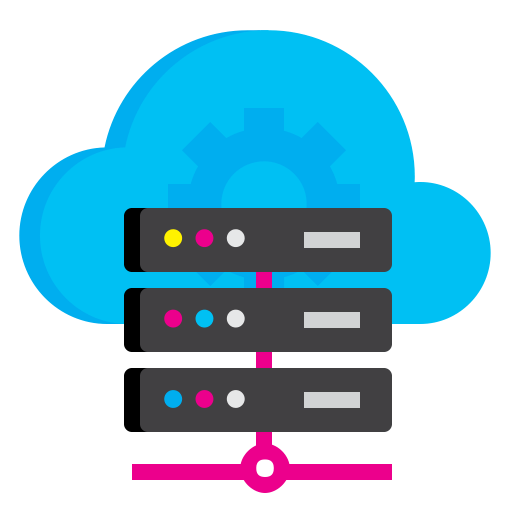 Some people have the notion that cloud computing and cloud storage are the same. That’s not true. In the case of cloud storage, all you do is store your data and create a backup. This backup data can be accessed and restored if the original data gets destroyed.

Just like cloud storage, cloud computing is also scalable. This means that you can increase or decrease the memory, processing power, and storage if you need it.

Cloud storage comes with two big concerns. One of them is reliability and the second one is security. Entrusting third-party companies with mission-critical data is a big business decision.

A company will definitely never want its data to become accessible to others, and it will want access to its data whenever it needs.

Usually, to ensure that the data’s security, third-party providers use a combination of three techniques:

It refers to some form of a complex algorithm that encodes the data. An encryption key is needed for decoding the data. It is not impossible to crack the encryption code, but the hackers who try to get unauthorized access to the data don’t have the necessary computing power to achieve that.

Companies are now using AES encryption, which is known to be the best encryption algorithm available today. This 256-bit encryption is virtually impossible to crack even with a supercomputer within a few days or months or years!

Zero-knowledge encryption is becoming popular, and many third-party cloud storage providers are now offering it as a part of their package or as a separate service that will require a separate subscription.

The only way someone can access the data is by providing a username and a password. Some providers have an additional layer of security in the form of two-factor authentication.

There are third-party cloud storage companies that now allow setting authorization levels. Different people in the client organization can have different levels of authorization. For instance, a front-line employee may have access to only a segment of the data relevant to them, whereas the head of human resources may have full access.

Even with these protective measures, threats never cease to exist. A hacker will keep trying using various methods to access the data. For instance, a hacker may use the infamous Man-in-the-Middle attack to get data access. Someone may simply steal the physical machine where data is store. A hacker may get employees’ authorization details and use it to steal the data or delete/destroy it!

This means that data stored in cloud storage is never really safe. Yet another issue is reliability. No one will want to store data on an infrastructure that is prone to frequent failures. Third-party cloud storage services try to get around this problem using redundancy.

However, no one can guarantee that the entire system will not collapse. If that happens, there is no way in which clients can access their data.

Where is the Data Stored? 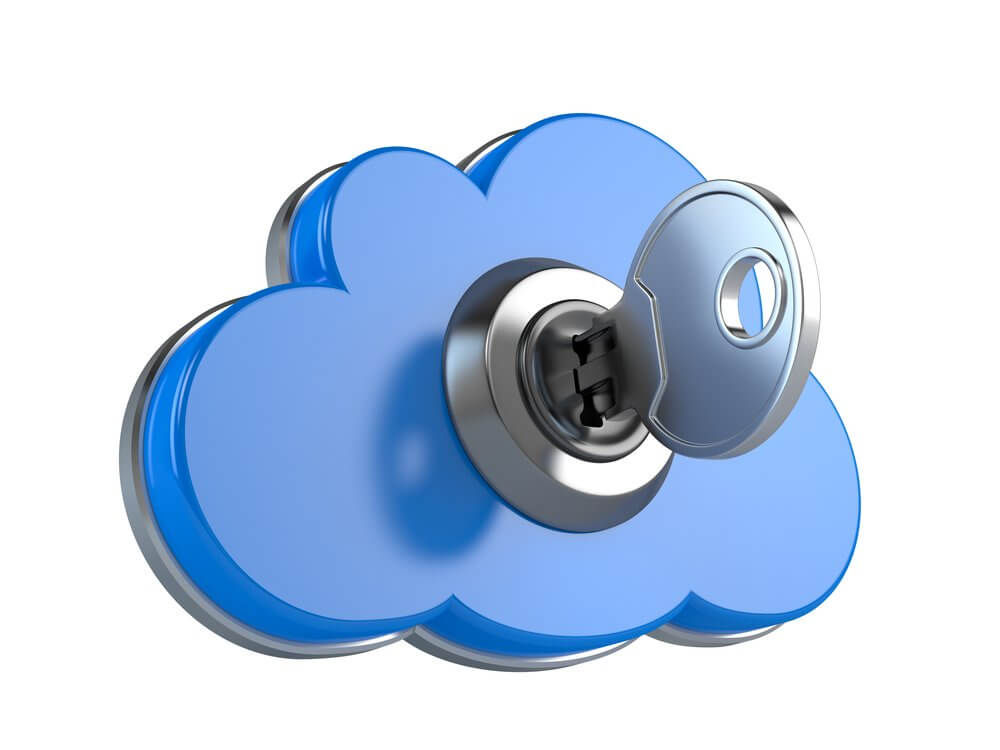 The basic question that people ask about cloud storage is – “what is the cloud, exactly?” There isn’t anything that floats in the air like the clouds we see during rainy seasons. The cloud in storage and computation refers to a set of storage servers connected with a network (the Internet).

Data gets stored on those servers! That’s it! Nothing more, nothing less! Since many physical servers are connected over a network, the amount of resources available is massive and virtually limitless because more and more physical servers with additional resources can be connected to the same network.

These physical servers are all stored inside a building with many security features, including CCTV camera surveillance, patrol guards, biometric access, etc. These measures are necessary to prevent physical theft of the hardware.

Moreover, the buildings are constructed to withstand major natural calamities, including typhoons and hurricanes, minor earthquakes, etc. As an end-user, you will never have access to the physical servers of third-party cloud storage providers. 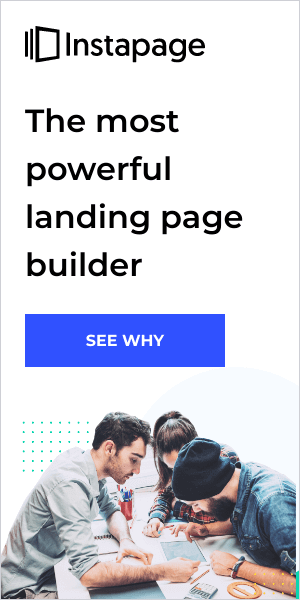