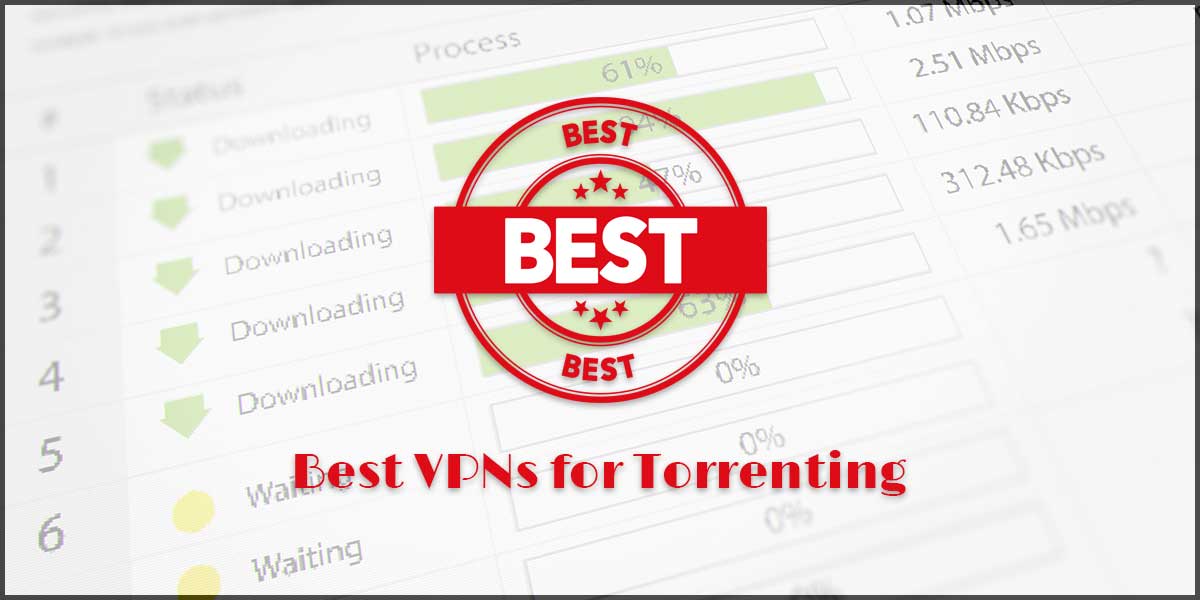 Torrenting is risky. Because of the many legal implication associated with torrenting, you should use a VPN to hide your identity. What are those risks?

You can avoid all these by using a VPN service for torrenting. Using a VPN will hide your IP address, and your ISP cannot see what you are doing. A VPN will protect your identity from hackers and nosy government agencies and keep you anonymous on the web.

So, I will strongly suggest that you use a VPN when you are engaging in torrenting. The question here is, which VPN to use? There are dozens of VPN companies, and all of them declare that they are the fastest and the best in business.

That’s a blatant lie. Not everyone can be the best. Some are terrible. Some will not allow torrenting at all, and some will give you terribly slow speeds. So, selecting the right VPN is important.

After testing the major VPN providers globally, here is my list of best VPNs for torrenting. Let’s get started… 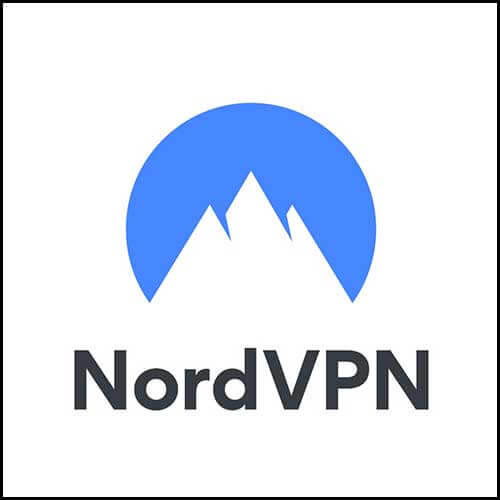 NordVPN is the fastest known VPN in this world. No other VPN beats it. On top of that, NordVPN offers specialized P2P servers for torrenting. These servers do not throttle the connection speed and offer unlimited bandwidth.

So, you can rest assured that you will enjoy the maximum possible speed that any VPN can offer for torrenting. All NordVPN’s P2P servers are optimized for maximum torrenting speeds. I will suggest that you allow the NordVPN client to automatically select the best location for you.

When I say ‘best location,’ I mean that NordVPN will find the location closest to your location. Always remember that the further the distance the data needs to travel, the slower the connection becomes.

From the security perspective, NordVPN encrypts all incoming and outgoing data using state-of-the-art 256-bit AES encryption that is impossible to crack. To improve speed and security, NordVPN also implements a SOCKS5 proxy.

Do note that SOCKS5 itself isn’t encrypted. This means that your connection will be encrypted, but the speed increases. The only way you can use SOCKS5 secure is to use it with a VPN. So, using it with NordVPN will keep you safe and increase your download speed as well.

The best part of NordVPN is that it is located in Panama, and it is not a member of the 5 Eyes, 9 Eyes, and 14 Eyes alliances. This means that no government agency can force them to give customer data. On top of that, they maintain a no-logs policy, which means that they will not record what you are doing online.

I highly recommend NordVPN for torrenting. However, if, for some reason, you want to try out a different VPN, I will recommend that you settle for ExpressVPN. 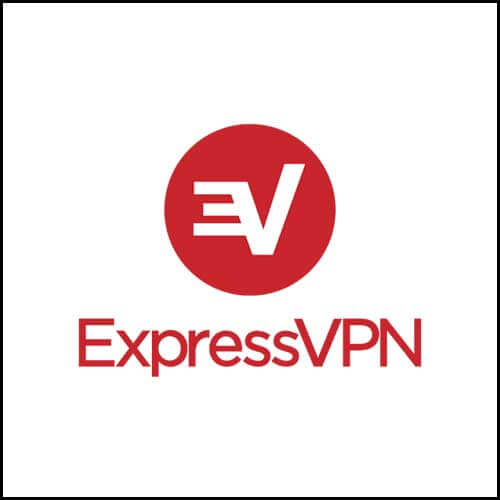 ExpressVPN is one of the best VPN providers you can find on this planet. They are only marginally slower than NordVPN. When I say marginally, you won’t really understand the difference in their speeds until you set out to specifically test and compare their speeds.

From the standpoint of security, they are equally good. Unlike the specialized P2P servers of NordVPN, ExpressVPN supports torrenting across all its servers. That’s great! So, you don’t need to worry about finding the best-suited server.

Being a top-tier VPN provider, ExpressVPN unlimited bandwidth and data. So, you can download as much as you want without worrying.

As with any other VPN provider in this world, the location of the server selected will determine the speed you get. If you select a server that is thousands of miles away from your location, you will see a drop in download speeds.

Still, ExpressVPN does an excellent job of maintaining high-speed servers globally. Even after connecting to a location thousands of miles away from your current location, you will most likely not see any more than a 40% drop in speed.

But again, the overall speed you get will depend on the base speed that your ISP offers. If your connection is slow, ExpressVPN cannot do anything about it.

From a security standpoint, they, too, offer 256-bit AES encryption, which is openly endorsed by the NSA. Additionally, they are located in the British Virgin Islands, which is not a member of the 5 Eyes, 9 Eyes, or 14 Eyes alliances.

What more? They have a zero-logs policy, perfect forward secrecy, kill switch, and much more that ensure your privacy and anonymity. 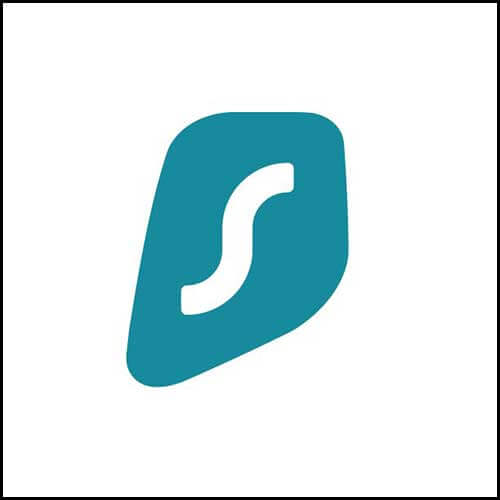 SurfShark isn’t the fastest of the herd, but it is definitely one of the most consistent VPNs I have seen so far, at least in terms of speed. To be honest, SurfShark is of no match to NordVPN or ExpressVPN in the speed department.

Equipped with some of the finest security technologies of today, SurfShark will keep your torrenting activities completely anonymous and safe from hackers and nosy government agents, as well as copyright watchdogs.

The AES 256-bit encryption will keep your data safe. You can use the Kill Switch to automatically disconnect your device if the connection to the VPN server drops. You can increase the encryption level using the MultiHop feature that will encrypt your data twice.

The good thing about SurfShark is that all its servers are optimized for P2P activities. So, you can select any server you want and download any file you want. Of course, you will not see sky-piercing speeds, but you can expect a decent speed with steady connectivity.

As before, make sure that you connect to a SurfShark server that is located closest to you to get the maximum speed. The farther the server you select, the slower the speed. That’s a rule of thumb.

One interesting feature that SurfShark will give you is the Whitelister feature. By activating it, you can direct only the torrenting traffic through the VPN. It will save bandwidth and help to increase the download speed.

However, if you implement the MultiHop feature, there will be a decline in speed because of double encryption, which takes time!

Be wise and keep your Antivirus up-to-date while using SurfShark. It cannot block any malicious torrent file that contains viruses or malware. SurfShark doesn’t have that feature, and a helping hand from your Antivirus program will ensure your safety. 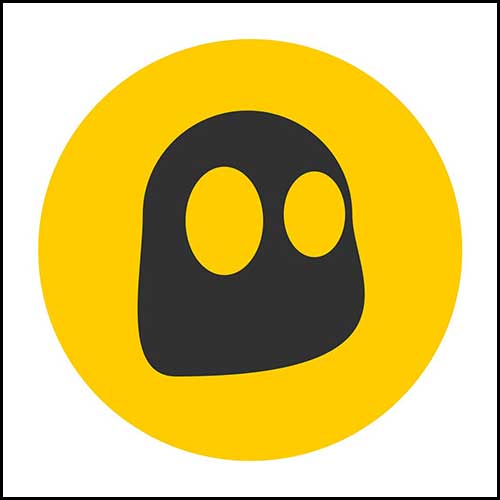 Okay, CyberGhost VPN may not be the best for speed, but its speed isn’t that disappointing either. The problem with CyberGhost is the inconsistency of speed at times. So, I will recommend that you let CyberGhost automatically select the server for you. The auto-selected servers provide better performance than the ones that are selected manually.

Again, just like any other VPN, the farther the selected server, the slower the speed. So, even if you are manually selecting a P2P server, ensure that you stay as close to your origin location as possible. CyberGhost will give you the server load information as well, which is particularly helpful if you are trying to find the best P2P server manually.

Depending on the base speed of your Internet connection, you may experience slow speed. For instance, my Internet’s base speed is 85 Mbps, and the download speed I enjoyed was 52.47 Mbps, while the slowest I saw was 6.24 Mbps. The speed data can fluctuate depending on factors like distance, time of the day, server load, etc.

From a security aspect, CyberGhost is headquartered in Romania, which is not a member country of 5 Eyes, 9 Eyes, or 14 Eyes alliances, and so, you should not worry about government interference. 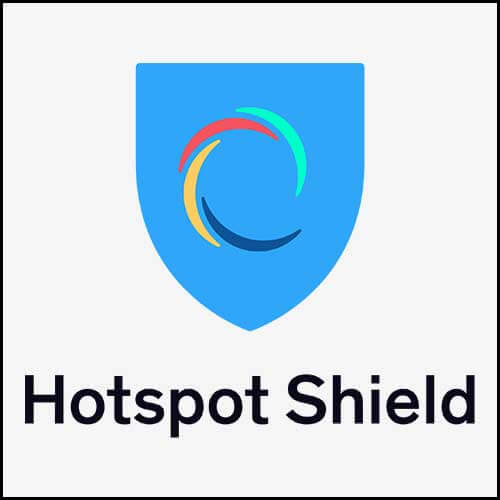 Why did I highlight the fact that Hotspot Shield VPN is an American company? That’s because the United States of America is a founding member of the 5 Eyes alliance, and it is also a member state of the 9 Eyes and 14 Eyes intelligence-sharing alliances.

The countries that are members of these alliances are not very well-known for respecting people’s privacy. America, in particular, has the Patriot Act that can force companies to hand over customer data in the name of national security.

That’s the reason why I don’t recommend Hotspot Shield VPN. In case you still want to go for it, I will like to let you know that when I tried the VPN provider for torrenting, the fastest download speed that I encountered was 48 Mbps, and the slowest I found was 3.19 Mbps.

Of course, the slow speed resulted from many factors working together, and one of them was the distance of the server I selected from my location.

If you are wondering about the technical aspects of the security features, Hotspot Shield VPN will give you 256-bit AES encryption, and it uses a proprietary VPN protocol called Catapult Hydra, which is fast, but no one knows what happens behind the screen. The VPN also doesn’t support IPv6, which may lead to IP/DNS leak if your ISP gives you IPv6. 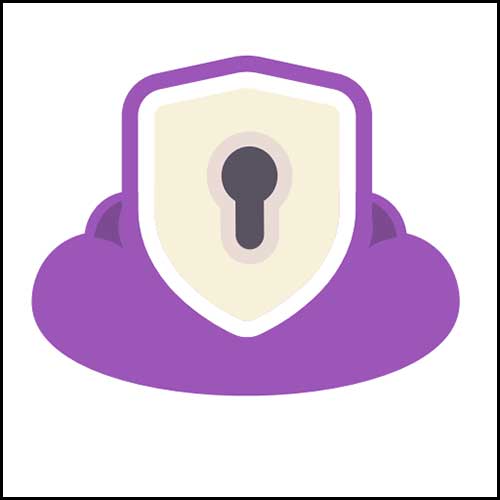 First thing first, PrivateVPN is located in Sweden – a member of the 14 Eyes alliance. So, you better watch out! However, when it comes to torrenting, it generates decent speed. I tried downloading three torrent files simultaneously, and the maximum speed that I received was 758 Kbps. With only one torrent active, the speed fluctuated between 10 Mbps and 1.5 Mpbs, with 1.8 Mbps being consistent.

Of course, the seeds available for each file that I was downloading were few. The scenario could have been different files with thousands of seeders and very few leechers.

So, to test my point, I downloaded a movie with 8k+ seeds. The download speed shot up to 40+ Mbps for a server located in the US. The moment I switched server to a distant location, the download speed dropped significantly to around 5 Mbps.

The bottom line is that you need to make sure that you are connecting to a server that is very close to you if you really want to enjoy fast download speeds while torrenting.

PrivateVPN uses HMAC SHA256 data authentication to improve security while torrenting. Of course, they also have AES encryption and a kill switch (available only for Windows).

There are many VPN providers in this world. However, when it comes to security, speed, torrenting, gaming, and streaming, I recommend either NordVPN or ExpressVPN. Yes, there are options cheaper than NordVPN or ExpressVPN, but these two will give you the ultimate peace of mind.

They are the finest in business, and their headquarters’ location makes them the most desirable VPN provider in the market. If torrenting is on your mind, I will blindly recommend those two providers over others at any given point in time.

At the end of the day, your privacy matters. If the government can get hold of your private activities online simply because VPN is located in a country where the government doesn’t respect privacy, it is not worth the risk.